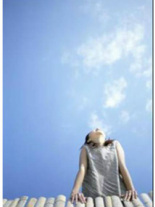 I can go anywhere Tom goes!” Abby stood in the middle of her bedroom floor .Her red wool socks flopped around her feet as she danced up and down and angrily twirled the belt   of her blue bathrobe in a short, jerky dance.

“I can chop wood and carry water as good as Tom can and I sure have been carrying more often than him lately.  The Army sure is gonna need water and wood and I’ll do good carrying for them,” Abby argued.

“Then why do you let me chop and carry?” Abby demanded.

“There’s only you and Tom and me to chop and carry here. We don’t have as many people as the Army,” Ma explained.

“Make yourself useful with your knitting needles, and knit Tom some mittens to take with him in the Army,” Ma said.

“I already knitted him a red pair of mittens for Christmas. Don’t you remember?” Abby demanded. “I wrapped them up and they’re ready to put under the Christmas tree when we get it.”

Ma‘s face got red the way it usually did when she was mad, but Abby didn’t care. This was important. This was about going into the Army.

“He can use another pair of mittens for sure,” Ma said. “Those war nights get mighty cold.”

“I’ll hurry and knit him a pair of green mittens before we leave for the Army,” Abby said. “Tom says we don’t have to go until after Christmas.”

“Then I’ll have enough time to knit him another pair of mittens,” Abby said.

“You can send the mittens off with him. You need to stay here and take his place on the farm. I can’t manage without you.”

Abby sighed. Ma had let her do a lot more work on the farm now that Pa wasn’t around.  Abby didn’t like to think about the day the man from the railroad had come and told them that a train had run over Pa while he was fastening a coupling on a boxcar. The Salamander Railroad gave Ma some money that they called a pension every month, but Ma said it wasn’t very much.  She used it to buy Abby winter shoes for school or flour and sugar to cooking. They grew most of what they needed on their farm outside of Des Moines, Iowa, but Ma still had to buy some things in town. Abby often went to town with Ma and one time she overheard Ma bragging about how handy Abby was around the farm.

Abby tried to ignore her conscience kicking her in the shins. What would Ma do without someone to chop and carry for her? Abby decided to hire Ma a hired man before she left for the Army with Tom.

The next day, Abby went looking for a hired man for Ma. It was the first week of December already and she had to be ready to go with Tom by Christmas at least. That meant having a hired man for Ma. First she asked her friend Robert who lived on the farm across the road.

At school that day Abby asked her friend Jack if he would be her mother’s hired man while she and Tom were in the Army.

“I don’t work for less than fifty cents an hour,” Jack said.

Abby beat him up for saying that the Army wouldn’t take her and for saying that she was a girl,” but beating Jack up didn’t solve her problem. Who could she hire to help Ma with the chores while she was in the Army with Tom?

She walked home from school with her best friend Tina. “I’ll be your Ma’s hired man,” Tina said.

“That would work,” Abby said. “You chop and carry just as well as I do. And I know you won’t charge Ma too much. You don’t live that far away either.”

Abby burst into the warm kitchen of their farmhouse, her cheeks glowing with cold and excitement.  “I found a hired hand to work for you when I’m gone,” Abby shouted.

Ma didn’t turn from stirring the stew on the kitchen stove. “Please set the table, Abby,” she said.

“Ma, did you hear me! I found a hired hand! Tina says she’ll do it. She lives close to us and she’s a good worker, almost as good as I am.”

“What are you yelling about?” Tom closed the kitchen door and walked over to the stove rubbing his hands. “Brrr, it’s sure cold out there.”

“It is December, Tom. December in Iowa is not a warm month,” Abby said.

As they ate their stew Ma said, “Mrs. Atkins got a letter from the boys today. She came over to tell me. They’re stationed at a place called Pearl Harbor in Hawaii.”

“We might see them when we’re in the Army,” Abby said.

“I don’t think I’ll be stationed in Hawaii,” Tom said. “And you‘re staying here, Abby. You’re not coming with me.”

“I am too going in the Army with you,” Abby said. “I can chop and carry just as good as you can!”

“I’m not going to argue with you right now, Abby. Eat your supper.” Tom said.

Abby stuck out her tongue at him, but she ate her stew and did her homework.

That Sunday, Abby sat in the same place at the kitchen table, but nothing else was the same. Tom had to leave for the Army a month earlier and Ma had moved Christmas to December 14 instead of December twenty fifth so he could spend one last Christmas at home. Pearl Harbor had happened on December seventh and Pearl Harbor changed everything.

Ma reached over and slapped Abby’s hand. “Put that spoon in your mouth and eat, Abby. I’m tired of this nonsense. You can’ t go into the Army with Tom and that’s that. It’s bad enough that Tom has to go and Jimmy and Johnny and all of the other boys from around here. That’s enough to worry me to death!”

Ma burst into tears and jumped up from the table. She grabbed a dishtowel from the rack and buried her face in it, sobbing. Then she ran into her bedroom and slammed the door.

By this time Abby was sobbing too from the shock of Ma slapping her hand and the idea of Tom going into the Army without her.

Tom moved his chair closer to Abby’s chair and put his arm around her. “Abby, you have to be grown up about this,” he said. “You have to try to understand that Ma can’t stand to lose both of us. She just lost Pa not too long ago.”

“We’re not getting lost, we’re going into the Army,” Abby said.

“Ma needs you here, Abby. She needs you a lot more than she needs me.”

“I know I can chop and carry as good as you, but you work around here, too,” Abby said.

“Ma needs someone to keep house with and to cook with.  Ma needs a house with someone in it, You are the only one that can be that someone for Ma right now. Pa’s gone and I have to go.”

“I want to go to,” Abby stuck out her lip like she used to do when she was five and wanted another piece of candy. Tom had always given her the last piece then, but now he didn’t.

“You have to stay and take care of Ma, Abby.  It’s like being in the Army. You have to follow orders that you don’t always agree with, but Ma’s a good top sergeant. You have to get up early in the morning and work all day. You do that already at home and at school.  You’re just what Ma needs and you can be a good home front soldier. We need home front soldiers to win the war just as much as front line soldiers.”

Abby heard Ma sobbing in the bedroom. She jumped up from her chair and ran to Ma’s bedroom door and pounded on it.

“Ma, it’s Abby reporting for duty.  I’ll do the dishes and then I’ll help Tom chop wood and carry water. We can get in a good supply before he leaves. Then I’ll just have to chop and carry after school instead of early in the morning so that I can help you with the other chores.”