Written with the Wind for Whirlwind Readers!

Samantha, Herbie, and Betsy Save the Light and the Sailor 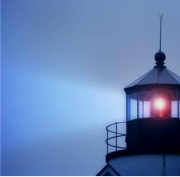 Samantha and Herbie lived in the lighthouse on Grassy Island across from Ecorse, Michigan. Her Papa was the Grassy Island Light House keeper and her Mama helped him and took care of Samantha and her brother Herbie.

Samantha and Herbie rowed to Ecorse every week day to go to school. On Sundays, Mama and Papa and Samantha and Herbie rowed to Ecorse to go to Mass at St. Francis Xavier Church. Samantha liked living in the light house. Sometimes Samantha‟s friend Betsy came home with her on Fridays to spend the weekend. They helped Papa tend the light and Mama bake and clean. They rowed to Grassy Island in the row boat.

One day in spring Samantha said to Betsy. “Can you come and help me with the spring cleaning? Then we can gather duck eggs in the marsh and collect feathers for feather pillows.”

“That‟s little kid stuff,” Betsy said.”My mother is helping me sew a dress for the school dance. It will take us all weekend to finish it.”

Samantha was so quiet while she did her homework that Mama asked her, “What‟s wrong, Samantha?”

“Betsy‟s acting funny. I asked her to spend the weekend with us and she said that she has to sew her dress for the school dance. How can a school dance be more fun than rowing in the marshes by the Detroit River?

Mama smiled. “Everything happens in its own time,” she said. “Be patient with Betsy.”

Samantha was patient for two weeks, but then she lost her patience and asked Betsy to spend the weekend. She asked four times until Betsy said yes she would come. She came, but she brought her almost finished dress with her. “I have to finish the buttonholes,” she explained.

Saturday morning dawned sunny and cold and waves rode up and down and around Grassy Island. Samantha and Betsy helped Papa turn off the light for the day. Betsy peered at the lamps. “You‟re low on lamp oil, Mr. Sherman,” she said. “Do you have more in the supply shed?”

Papa hurried downstairs. When he came back he looked worried. “I must go to the hardware store in Ecorse and buy some more lamp oil,” he told Mama.

Mama said, “I was going to take the boat and visit Mrs. Johnson. She just had a baby boy last night and she could use some tending.”

“We can go together,” Papa said. “We will only be gone for the afternoon. The children will be fine.”

Mama told them to be careful twelve times and waved goodbye at least fourteen times. Papa rowed quickly toward shore. After they had waved goodbye for the fifteenth time, Samantha said, “Let‟s go hunt duck eggs.”

“I have to sew my buttonholes,” Betsy said.

“Come with me, Herbie,” Samantha said. “Let her stay here and do her sewing. She‟s a fraidy cat.”

Betsy stamped her foot. “I am not a fraidy cat. I just want to finish my dress in time for the dance.”

Samantha stuck out her tongue at Betsy. “Fraidy cat!”

Betsy put down her dress and got into the row boat with Samantha and Herbie. “I don‟t know why your Papa didn‟t take both of the boats.” Betsy grumbled.

“He took the skiff because it‟s a sturdier boat,” Herbie said. “Everybody knows that!”

Betsy didn‟t answer them. She sat on the row boat seat looking straight ahead, holding her shawl tightly around her. “I don‟t know how to row and I will never learn,” she said.

Herbie had brought his fishing pole and before long he caught two fish. Samantha rowed in and out of the coves and inlets on the other side of Grassy Island from the lighthouse, but they didn‟t see any ducks. Samantha fished too.

Betsy jumped away from the fish as Herbie unhooked them and put them in a bucket on the bottom of the boat. “It‟s getting colder out here and the wind‟s picking up,” she said. “We‟d better go back.”

But the waves climbed higher and finally she turned the row boat around and headed back for the light house. They had just rounded the southern point of Grassy Island when Betsy dropped her shawl so he could point at something in the water. “There‟s a man floating out there!” she said.

“A man! What would a man be doing floating in the middle of the Detroit River?” Herbie asked, not looking up from his fish.

“It is a man and he needs help,” Samantha said.

“How can we help him? We don‟t have any extra life jackets,” Betsy said.

“We can‟t leave him out here in the middle of the Detroit River in a storm,” Samantha said.

She reached under the seat and pulled out a length of rope. “I‟ll throw this out to him and Betsy and you and Herbie can help me pull him to safety.”

Samantha threw the rope to the man struggling in the water. He grabbed it and Samantha, Herbie, and Betsy pulled him into the row boat. They tugged and pulled the man to get him into the boat until finally he rolled in and collapsed on the seat.

“Thank you,” he said weakly. The man shivered so hard that Samantha gave him the wool jacket that she wore. Herbie took off his coat and put it over the shivering man.

“Don‟t worry, Mama and Papa will take care of you when we get back to the lighthouse,” Samantha assured the man.

The sun was setting as they beached the boat in front of the lighthouse. Samantha and Betsy helped the man stumble up the path to the lighthouse. Herbie ran ahead shouting, “Papa! Papa, come and see what we found in the river!”

“Herbie, you know that Papa will be up in the tower lighting the lamps,” Samantha said.

“Mama, Mama, come and see what we found in the River!” Herbie shouted.

They pushed the man into the kitchen and helped him into a chair by the stove. “Mama, we need your help,” Samantha called.

The lighthouse living quarters was dark and silent. “Mama and Papa haven‟t come back from Ecorse yet. Betsy, let‟s building a fire in the stove and make him some hot tea,” Samantha said. “Herbie, go upstairs and get him some of Papa‟s clothes.”

By the time the man was sitting by the kitchen stove wearing Papa‟s dry clothes and drinking hot tea, darkness covered the lighthouse. Little streams of lamplight from Ecorse darted across the river, but the lighthouse was dark. “Mama and Papa must have been delayed because of the storm,” Samantha said. „They‟re probably on their way home now.”

“How will they know where they‟re going without the light?” Herbie asked, his eyes wide with fright.

“How will anyone know where they are going without the light?” Betsy said.

“We need to light the light,‟ Samantha said.

“How can we do that without lamp oil?” Betsy wondered.

“There are some candles in the cupboard in the bedroom. Let‟s see how many we can collect,” Samantha said. “Herbie, you stay here and keep the man company.”

Betsy smiled at the man who had finally stopped shivering. “What‟s your name, sir?” she asked.

The man smiled back. “I‟m Jack Kelly from the schooner Argon. I fell overboard. Sure thought I was a goner until you came along and rescued me.”

“Excuse us, please. We have to rescue mama and Papa next,” Samantha said.

Betsy and Samantha searched for candles. They managed to find a candle holder with seven candles in it in the cupboard and three more candles in the desk drawer. “We don‟t have enough to make a strong light,” Betsy said.

“We‟ll make do with what we have,” Samantha said.

Grabbing some wooden matches from the kitchen, the two girls raced upstairs to the tower room. They put some of the candles inside the lantern and some beside the lens to reflect the light. They watched the candles burn, turning them so that the brightest light would shine out of the window across the water to make a path for Mama and Papa.

Betsy put her arm around Samantha. “I have an idea,” she said. “We can use my buttons. Go downstairs and get my dress and bring up a cup of cooking oil.”

Samantha ran back upstairs with the dress and the cup of cooking oil. Betsy ripped off some threads from her dress and twisted them into a wick. She dipped the wick into the cooking oil.

Betsy and Samantha made makeshift candles from the cooking oil, and wicks from the thread. They threaded the wicks up through the buttons and set them in the cup of oil to burn. The cup candles didn‟t shine as brightly as the wax candles, but they sent a dim path across the water.

Samantha stared at the dim path. Suddenly she saw two figures rowing a skiff up the candle lit path. “Mama and Papa are home!” Samantha shouted.

Herbie ran to meet Mama and Papa. “We rescued Jack from the River,” he told them.

Samantha walked down the stairs beside Betsy. “You‟re going to teach me how to sew the first thing in the morning,” she told Betsy.

Betsy hugged Samantha. “You‟re going to teach me to row the first thing in the morning,” she said.
Maebelle Mason Really Rescued a Sailor

One morning he went to the mainland for supplies, leaving a small, flat bottomed skiff on the island beach. Shortly after the captain left, a freighter approached Mamajuda Island and leaning over the bridge rail, the freighter‟s captain shouted a message. A man was struggling in the water beside an overturned row boat about a mile upstream. Could the light keeper help him?

The freighter steamed on and Maebelle launched the skiff into the river and rescued the man. She rowed the nearly unconscious man back to the island and she and her mother revived him. Word of Maebelle‟s daring rescue spread throughout the lakes and the marine magazines and Detroit and Cleveland newspapers told her story. At a gala celebration in Detroit, Maebelle was awarded a United States Life Saving Medal and the Shipmaster‟s Association fave her a gold life saving medal. For years after skippers saluted Maebelle with their horns and whistles while steaming past Mamajuda Light.