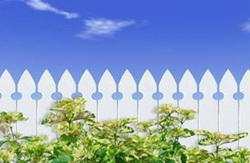 Amanda huddled underneath the fence in the front yard. She heard Papa's deep voice. He was talking to Mr. Jefferson and they both looked worried. She nudged her brother, Peyton, who crouched behind her with the fishing poles. She moved so quickly that the poles got tangled in her overall straps.

"I can send Jupiter to the Raleigh Tavern with the message," Papa was saying to Mr. Jefferson.  "We have to be let Captain Smith know that the British soldiers plan to capture the powder in the magazine tonight."

"The soldiers would spot Jupiter in no time," Mr. Jefferson said.  "We need someone who can slip into the tavern and back out again without arousing suspicion."

Amanda stood up and ran over to Mr. Jefferson, dragging the fishing poles and Peyton along with her.  "We can go, Mr. Jefferson! We go fishing a lot at night in the stream that runs by the tavern. No one will suspect us."

Mr. Jefferson stood tall and his red hair belonged to him and not to the wigmaker at Williamsburg. He smiled at Amanda.  "It is a dangerous mission," he said. "You must deliver a   message to Captain Smith at the Raleigh Tavern and you must bring back an answer about troop numbers. Can you do that?"

They both nodded so hard that the fishing poles shook. "We can do it," Amanda assured him. "The sentry has already caught us out at night fishing. He won't think another time suspicious."

"He thinks Mama needs to whip me," Amanda said. He said the next time he catches me out a night in overalls he will stand and watch Mama whip me at least 20 times."

"Is this errand worth a possible whipping to you?" Mr. Jefferson asked.

Amanda frowned and thought for a minute.  "Yes," she said.

"Then go, if it is all right with your Papa," Mr. Jefferson said.

Papa looked worried, but then he nodded. "The soldiers will not suspect or harm children," he said.

Amanda put Mr. Jefferson's letter in the bottom of her overalls pocket with seven worms on top of it. She and Peyton reached the stream running alongside the Raleigh Tavern without running into the sentry. They both caught a fish and took them inside the tavern.  While Peyton sold the fish to the tavern owner, Amanda slipped the letter to Captain Smith who was drinking ale in the orderly room.  He quickly wrote an answer on the bottom with a quill pen and she stuffed the letter back into her pocket. Amanda put a fish on top of the letter. They were almost home when she heard a "Meoww!" A swiftly moving shadow darted out at her.

"It's Grimkin," Peyton said.  "He must have followed us."

"Get rid of him before he gives us away," Amanda said.

Peyton pulled Amanda into the shadow of a tall picket fence.

Amanda climbed up on the fence and wound her overall straps around one of the pickets. She dangled at the top of the fence, her legs kicking. Grimkin meowed louder as the fish smell grew stronger.

Peyton held the fishing poles.  "Hold still and I'll get you down, Amanda," he said loudly.

The sentry swung his lantern along the fence and caught them in its light. "You two again!" he bellowed. "All right, come along home with you and this time, my girl, I will stand and see you whipped."

The sentry put down his lantern and lifted Amanda off the fence.  He grabbed Amanda and Peyton by the collar and pulled them along to the front door of their house. Since his hands were full, he kicked the door with his foot.

Papa answered the door with Mama, looking pale and frightened, behind him. "Oh Amanda, you're wearing those overalls again!" Mama wailed.

The sentry wouldn't leave until Papa had whipped Amanda.  All of the time Papa gently whipped Amanda, she fingered the letter in her pocket and smiled. When the sentry left, she handed the letter to Papa, still holding the fish on top of it. "Tell Mr. Jefferson we had a good fishing trip," Amanda said.